Buckie Got It…. my topic this morning is Mechanic in St. Kitts.

What is reliable mechanic?

I want to believe mechanic in SK love to know they have your vehicle in their garage for long extended period. Maybe so, that when people pass by they can say ” wow this guy have to be really good because his shop is full”

A good mechanic fix your vehicle properly so that you don’t come back with the same problem. If additional parts needed let the customer know instead of fixing just it came in the shop for. He can also get good recommendations from you. You shouldn’t have to stay by a mechanic shop all day to ensure your vehicle is been work on.

A good mechanic should have your vehicle clean before it leave their shop and not having it looking worst than it came in. Is it a car wash? no, but customers services takes you a long way.

To all mechanic who love to bullshit people please, it’s time to stop and be more professional.

I can remember one of my vehicle was in a mechanic shop. While I catching bus to go to work my car was been driven for a whole week until decided am going for my car.
I am just fed of complains about mechanic taking long and I mean long like months to fix people vehicle. 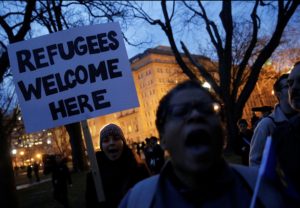 US District Judge Derrick Watson halted enforcement of the travel and refugee bans less than six hours before they were due to go into effect. 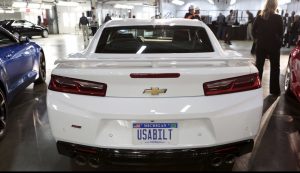 General Motors (NYSE:GM) said Wednesday it will create or keep 900 jobs in Michigan factories over the next 12 months, including some workers who were due to be laid off in May.
This is in addition to the 7,000 jobs and $1 billion investment announced in January, according to the automaker.
The announcement came Wednesday as executives from GM, Ford (NYSE:F) and Fiat Chrysler (NYSE:FCAU) are expected to appear at an event with President Donald Trump in Detroit. Trump is set to announce a review of federal fuel-economy rules that the Obama administration finalized a week before Trump took office. Automakers and federal authorities had previously agreed to review the CAFE standards this year.
GM said it plans to bring back 500 jobs to its Lansing Delta Township assembly plant by early 2018, when the automaker expects to complete the rollout of new SUVs.
GM also said it will redeploy 180 workers from Lansing to support production of heavy-duty Chevrolet Silverado and GMC Sierra pickup trucks in Flint, Michigan. Another 220 new jobs will be added to GM’s Romulus Powertrain Plant to ramp up production of a 10-speed automatic transmission.
The previously announced layoffs in Lansing are tied to GM’s decision to build the new GMC Acadia in Spring Hill, Tennessee, a move initially expected to impact 1,100 total employees before Wednesday’s announcement. GM will focus on building the Buick Enclave and the redesigned Chevrolet Traverse in Lansing. Rehiring 500 workers will help the company meet demand for the new vehicles, GM said.
Follow Matthew Rocco on Twitter @MatthewRocco
This material may not be published, broadcast, rewritten, or redistributed.
©2017 FOX Business Network, LLC. All rights reserved. 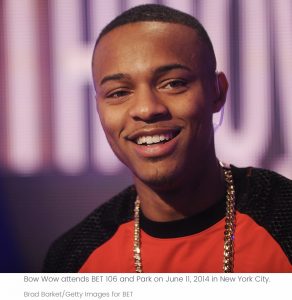 Brad Barket/Getty Images for BET
While politicians like Senators Marco Rubio and Ted Cruz, plus President Donald Trump himself, have been criticizing Snoop Dogg for his “Lavender” video, rappers are pledging allegiance to the Doggfather.
Ice-T and Treach recently weighed in on TMZ Live, remarking that while it’s controversial for the scene showing the West Coast rapper aiming a prop gun at a clown mocking Trump, the video “is artistic.” Ice-T added, “He’s messing with the line. We’ll see how this weighs out, but I roll with Snoop. I thought it was a good video.” T.I. also offered an expletive-laced Instagram post defending the hip-hop legend.
Trump soon took to his favorite social media channel of choice, Twitter, expressing his dismay with Snoop. “Can you imagine what the outcry would be if @SnoopDogg, failing career and all, had aimed and fired the gun at President Obama? Jail time!,” he tweeted on Wednesday (March 15).
The latest MC to side with Snoop is Bow Wow, also known as Shad Moss. The rapper/actor used his timeline to express his support for his “uncle” Snoop Dogg in a rather bizarre message.
“Ayo @realDonaldTrump shut your punk a– up talking sh-t about my uncle @SnoopDogg before we pimp your wife and make her work for us,” he typed.
Ayo @realDonaldTrump shut your punk ass up talking shit about my uncle @SnoopDogg before we pimp your wife and make her work for us.
— Shad Moss(Bow Wow) (@smoss) March 15, 2017
This GIF is perhaps the nicest way to describe Moss’ mentions.
.@smoss @realDonaldTrump @SnoopDogg Um. pic.twitter.com/7Ckmtg1Y9n
— Siraj Hashmi (@SirajAHashmi) March 15, 2017
A rep for Snoop Dogg has not immediately returned Billboard’s requests for comment.