Buckie Got It, St Kitts and Nevis News Source

AFTER BAD ECONOMIC INHERITANCE BY DENZIL DOUGLAS ADMINISTRATION, ST. KITTS AND NEVIS LEADS THE REGION IN FISCAL PERFORMANCE
BASSETERRE, St. Kitts, October 12, 2018 (Press Unit in the Office of the Prime Minister) – Prime Minister and Minister of Finance, Dr. the Honourable Timothy Harris, has proudly declared that St. Kitts and Nevis, under the leadership of his Team Unity Government, is leading the rest of the region in fiscal performance despite a bad economic inheritance from the bygone Denzil Douglas-led administration.
“Under the Denzil Douglas Administration the country had become a pariah; it had been scorned at because we had reached that situation where we had the second highest level of indebtedness in the world…and as a result of that we were forced into an IMF [Standby Arrangement] programme,” Prime Minister Harris said, while appearing on Friday’s (October 12) live broadcast of the People’s Voice radio programme on Sugar City FM with host Ambassador Michael Powell.

The country’s total public debt was allowed to balloon out of control to an estimated US$1.05 billion, about 200 percent of GDP under the former administration, according to the IMF Country Report No. 11/270.

Thanks to the strong fiscal management of the Team Unity Administration, St. Kitts and Nevis became the first independent state in the Eastern Caribbean Currency Union (ECCU) to bring its debt-to-GDP ratio in line with the international benchmark of 60 percent—a milestone the twin island Federation achieved 12 years ahead of the Organization of Eastern Caribbean States (OECS) target date of 2030.

Prime Minister Harris continued, “Where we’re at now is something that receives high commendation everywhere because as it is now St. Kitts and Nevis, to God be the glory, is the only independent state within the OECS to have a debt-to-GDP ratio in accordance with international standards.”

Furthermore, Dr. the Honourable Timothy Harris said the prudent management of the country’s fiscal affairs by the Team Unity Administration has led to surpluses on the recurrent account, the overall account and the primary account. These indicators are generally used to evaluate the fiscal health of a country.

The surpluses on recurrent account, overall balance and primary balance are far in excess of our 2018 budget estimates by 115 percent, 243 percent and 116 percent respectively.

“Only three-plus years and we have performed a miracle in the context of the bad inheritance [and] the bad legacy of financial management by Denzil Douglas,” Prime Minister Harris emphasized, while noting that his administration achieved these feats without increasing any existing taxes or introducing any new ones. 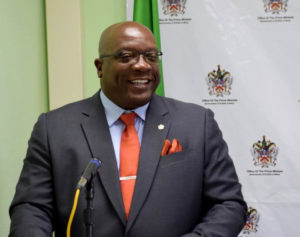