Buckie Got It St Kitts And Nevis News Source 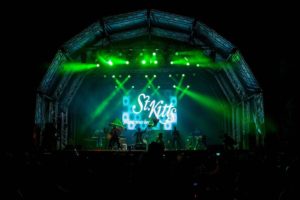 BASSETERRE, St. Kitts – Continuing its commitment to support the local community in St. Kitts and Nevis, Caribbean Galaxy Real Estate Corporation, the developer of the Ramada Hotel, is delighted to announce it is a proud sponsor of the 23rd St. Kitts Music Festival.

RIHANNA MAKING HER DEBUT IN THE BATES MOTEL TV SHOW.

NEW YORK, United States, Wednesday March 22, 2017 – Fans not only saw pop star Rihanna as she made her debut on US TV series Bates Motel this week, but they got to watch her watching it too.

During the airing of the fifth episode of the show, in its fifth and final season, Rihanna filmed herself and her friends on Instagram Live watching her performance as Marion Crane.

“Eww, I can’t bear the sound of that kiss, it’s disgusting,” Rihanna, who smooched costar Austin Nichols said at one point as she watched the episode. “It’s weirding me out.”

She and her pals also played a drinking game, taking a shot any time the names “Norman” or “Sam” were mentioned, although Rihanna did warn, “Don’t try this at home, kids.”

The 29-year-old superstar’s live stream had upwards of 50,000 views, with fans from all over the world sending Instagram “likes” and commenting on how much they enjoyed seeing her live while watching the show.

Buckie Got It…Come get together and feel alright! One love, One heart says the man Tommy Lee himself. April 15th, the Guniness Knockshore Night. Come see him live in action for the first time in Sandy Point. All the SPARTA soldiers come out and feel nice as one. Mark the date. Book your flights! #BSB2017 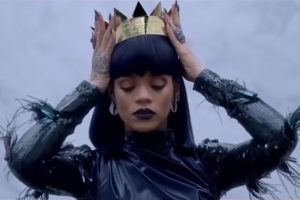 This time, with “Love on the Brain,” she has bagged her 22nd top five hit on the Billboard Hot 100 chart, breaking away from The King of Rock and Roll, Elvis Presley, on the most top fives of all-time list.