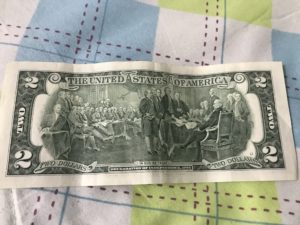 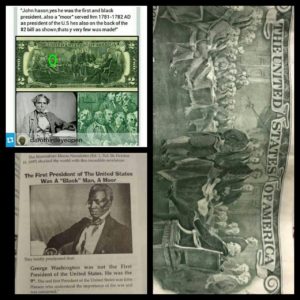 Growing Popularity of the $2 Dollar Bill
Today the $2 dollar bill is growing in popularity. In 2005 alone, 61 million $2 bills were printed. This is more than twice the number of $2 bills that were printed annually between 1990 and 2001.

Is the $2 Dollar Bill Still in Circulation?
There is a common misconception that the $2 bill is no longer in circulation. However, that is not the case as the official Bureau of Engraving and Printing Web site lists the $2 Dollar Bill as one of the U.S. Currency Small Denominations.

What is a $2 Dollar Bill worth?
Typically the $2 bill is worth its face value. Special $2 bills have been made in recent years, however they are not worth anything more than face value on the collectors market and most current $2 bills are not worth much more than their face value.

Legends, Myths and Factoids
Several legends have arisen around the $2 dollar bill over time:
The scene of the Declaration of Independence that appears on the bill’s reverse is not a perfect duplicate of the John Trumbull painting. Five figures were removed to make the image fit the bill
In 2004, President Jefferson’s estate and home Monticello had an admission price of $13. As a results most people required $2 dollars in change. The staff at Monticello would hand out $2 dollar bills featuring President Jefferson’s portrait as change for admission to his estate.
A two-dollar bill is often used as a tracer by small stores to track robberies. A store clerk can keep a two-dollar bill at the bottom of their one-dollar bill slot in the cash drawer with its serial number recorded in case of robbery.
In 2005 Stuart Woods wrote a novel called “Two Dollar Bill.” One of the major characters made it a point to always tip with two-dollar bills.
The two-dollar bill has a long association with horseracing and was popular at racetracks for placing a two-dollar bet.
Steve Wozniak, co-founder of Apple Computing, buys two dollars by the sheet from the Treasury Department. He then has them bound into a booklet and the bills act as “tear off” pages.

By 1869 the $2 United States Note was redesigned with a portrait of Thomas Jefferson. to the left.

The $2 note also features a vignette of the United States Capitol in the center of the obverse (front).
1896 “Educational Series” $2 Silver Certificate

This is an image of the Obverse (front) of the 1896 $2 “Educational Series” Silver Certificate.

This $2 note featured artwork of an allegorical figure of science presenting steam and electricity to commerce and manufacture.
1952 $2 Dollar Bill

In 1953 the $2 bill received design changes similar to the $5 United States Note.

The treasury seal was made smaller and moved to the right side of the bill and it was superimposed over the gray word TWO.

The reverse (back) featured Thomas Jefferson’s estate and home of Monticello in Virginia.

The $2 bills was officially discontinued in August 1966 until 1976 when the Treasury Department reintroduced the $2 bill as part of the United States Bicentennial celebration.

The $2 note was redesigned and issued as a Federal Reserve Note.
Uncut $2 Currency Sheets 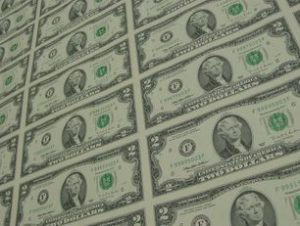 Uncut currency sheets are available from the Bureau of Engraving and Printing.

Uncut sheets range in price from $21 to $90 from the Bureau of Engraving and Printing. Uncut sheets also come up frequently for auction online on eBay.
(c) 2011 – 2014 – $2 Dollar Bill Company – www.2DollarBill.org

View all articles by admin